Back in January, our school was going to head over to the local ice skating rink for an afternoon of fun, and to make it easy, the older students were supposed to go one week and the younger grades the following week. Good idea, right? It worked alright for the big kids, but before the little guys got to go, our area had several days of warm temperatures causing snow to melt and the ice become slushy. Needless to say, the younger kids got gypped out of an afternoon of no school.

So, it was with great excitement that we {teachers and students alike} greeted the cloudless, brisk sunny day--Field Trip Day!!

We began our trip with a bowling game. We had the place to ourselves, so there were about 4 players for each row. The kids had so much fun! I had my two boys, Bear and Superman, and it was a pretty close game. Superman is super competitive, so I let him win ;) Not really--he actually played really well. I was just glad to have come second--making it just by a hair.

Maybe if I had used their bowling "technique", I would have come in first! 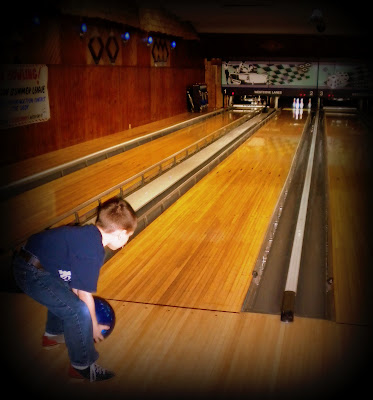 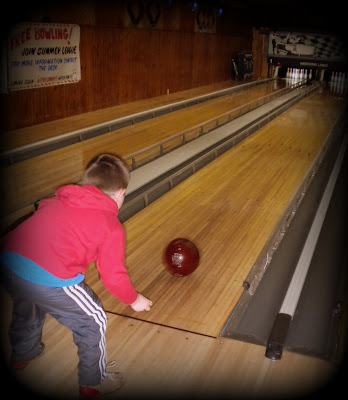 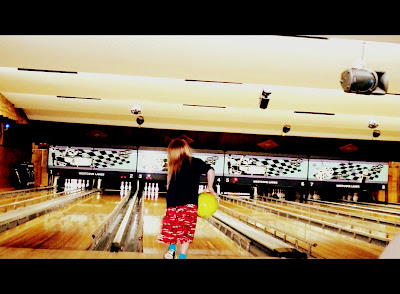 Peanut. She was so fast that I barely got any pictures of her. 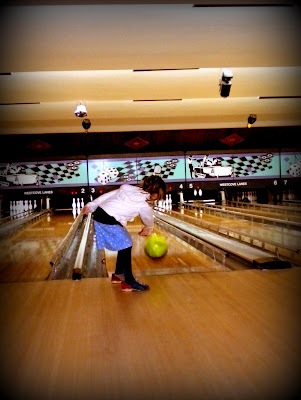 Beans had a lot of fun, surprisingly, because she's not much of a sports person. 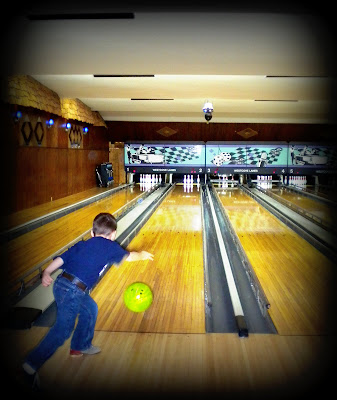 Bear finally decided to let go of his ball :D
﻿After we finished bowling, we ate some pizza for lunch. Then a few more wanted to play another round, so I let my kids play Leap Frog--it was hilarious. Seriously--I have not laughed so hard in a long, long time.
Once we left the bowling alley, we headed to the local park and let the kids run wild. We played on swings, merry-go-rounds {with us teachers praying all the while that none of them would get sick!}, see-saw's, digging in the sandbox, throwing Frisbees and footballs, and a pick-up game of baseball. We spent about three hours at the park and it was just glorious to be out in the sun and fresh air after being cooped up indoors all winter. Afterwards, Pastor treated all of us with an ice cream cone from McDonald's before heading back towards school.
On the way, we dropped off Beans {who, if you remember, lives on a dairy farm} and got to see some baby calves and kittens. One baby calf had just been born that morning! It was neat to hear their "mooo's" as it differentiated by age. 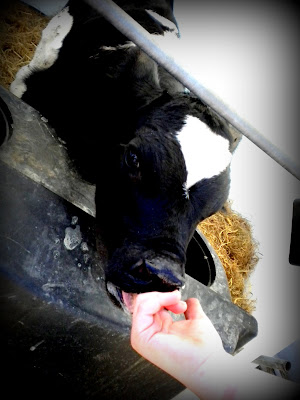 One student let this calf suck on his hand! He thought it was just the neatest thing and tried to get me to do it. The only thing I said? Yuck! 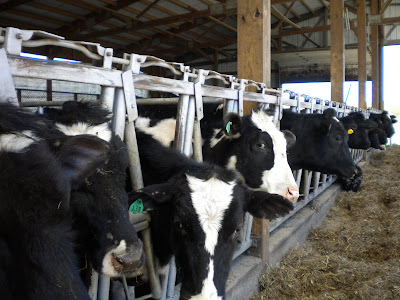 We all had such a wonderful time--great foreshadowing of the next couple weeks as we wind down our school year!
Posted by Unknown