Frederick Grant Banting was born on November 14, 1891, at Alliston, Ont., Canada. He was the youngest of five children of William Thompson Banting and Margaret Grant. He later went to the University of Toronto study medicine.  .
After serving in WWI, Banting returned to begin his work in medicine--specifically, diabetes and finding a cure.

Together, Banting and Best started the work which was to lead to the discovery of insulin.


Dr. Banting was one of the winners for the Nobel Prize in Physiology or Medicine for 1923.
He was knighted in 1934, making him Sir Frederick Banting. 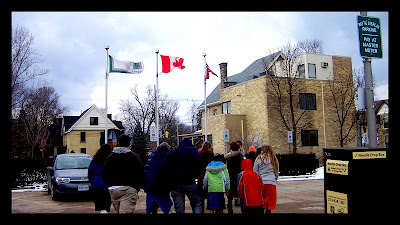 Going in to the Banting house. 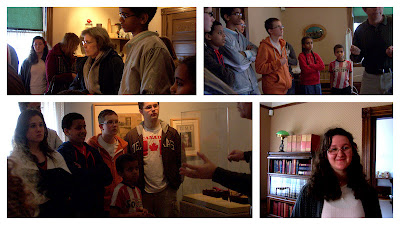 All the kids listening attentively to our tour guide. 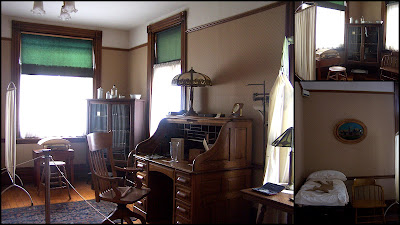 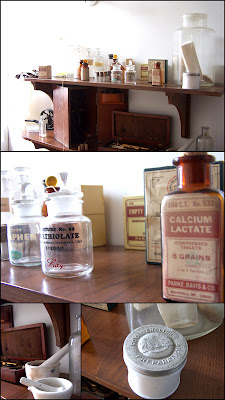 Some of Dr. Banting's tools he used in his practice as doctor and researcher. 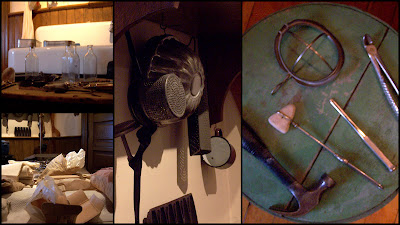 In 1916 he took his M.B. degree and at once joined the Canadian Army Medical Corps, and served, during the First World War, in France. 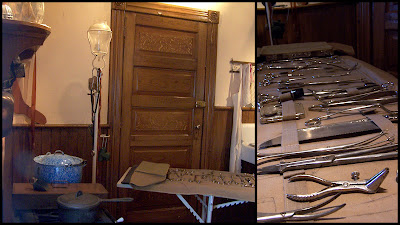 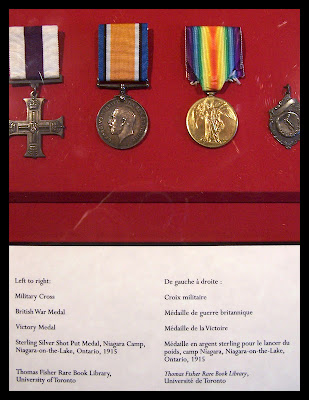 In 1918 he was wounded at the battle of Cambrai and in 1919 he was awarded the Military Cross for heroism under fire. 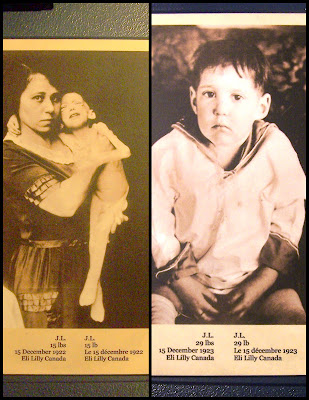 Back before Dr. Banting discovered insulin and how it could help people who were diagnosed with diabetes, you were given between 6 months to a year to live. In the above photographs, this young boy weighed only 15lbs. and was near death. Dr. Banting had just discovered insulin and this boy was one of the first to receive the solution. A year later, he is healthy and happy at almost 30lbs. What a difference! 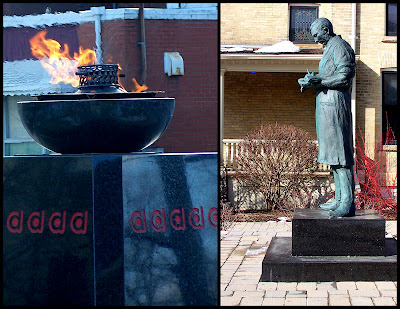 On the left is the Flame of Hope. It will stay lighted until someone finds a cure for diabetes.
On the right is the statue of Dr. Banting himself. 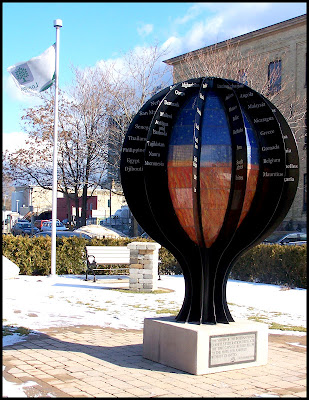 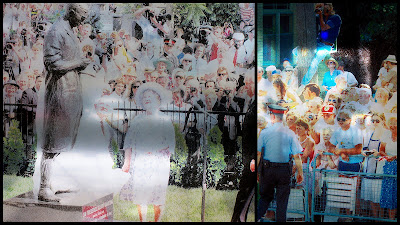 These are photographs taken the day the Queen Mum visited the Banting house. They are now etched into the window panes in the foyer of the house. 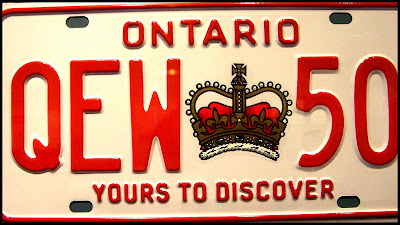 Special plates in honor of the Queen Mum's Jubilee. 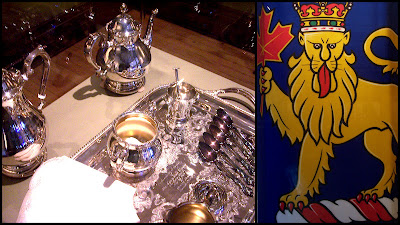 When the Queen Mum came, the museum had to get a tea set in a hurry. This beautiful tea set is fit for a queen ;)
On the right is the Governor General's flag. I'm pretty sure that the Banting house is the only one that boasts of having this honor. {but don't quote me on that--that's what I get for posting this a couple weeks after our field trip :O} 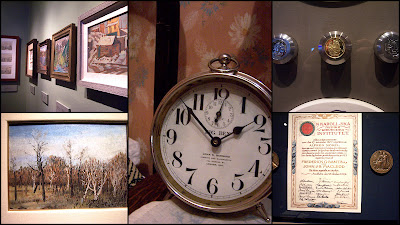 Banting was a keen painter--the two pictures on the left are some of his paintings. The bottom one is my favorite they had up.
It is said that Banting went to bed one night, thinking of ways to make his solution work. He awoke close to 2 am after having a dream in which he found a solution. 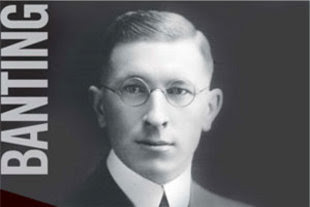 When the Second World War broke out, he served as a liaison officer between the British and North American medical services and, while thus engaged, he was, in February 1941, killed in an air disaster in Newfoundland.
If you want to read more about Sir Banting, I found this article to be of interest.
Posted by Unknown No comments: